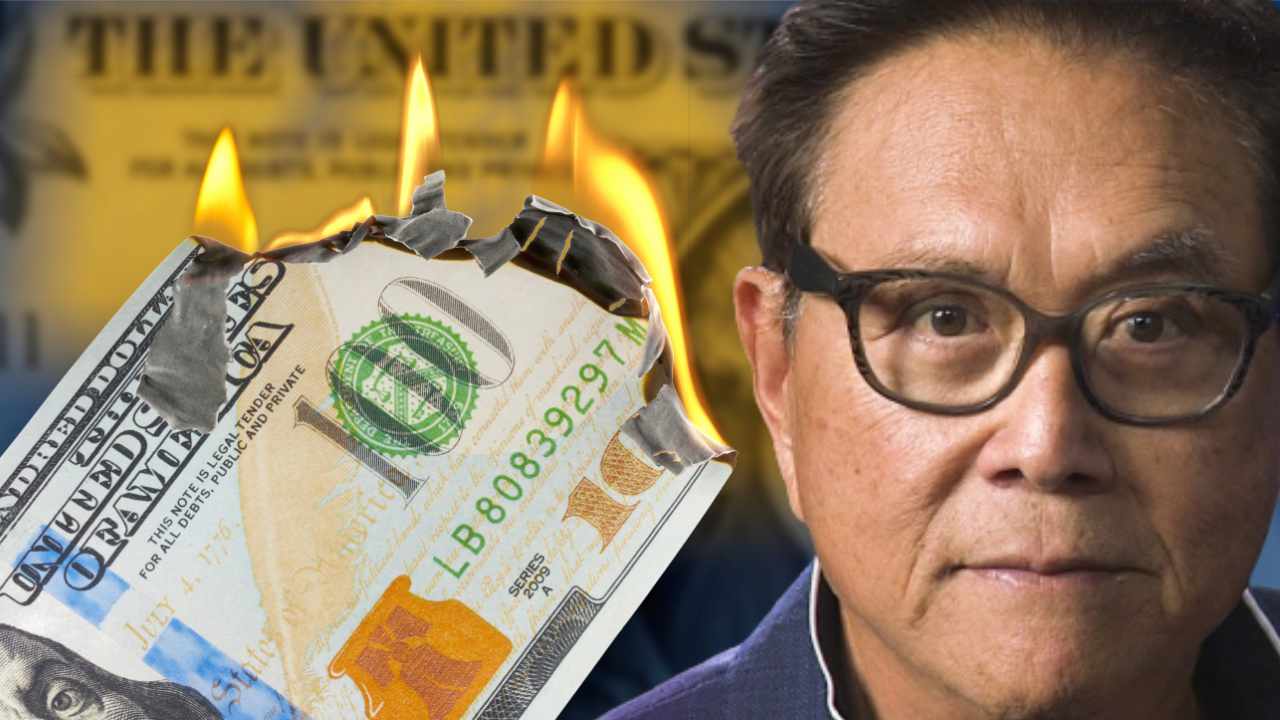 The famous author of the best-selling book Rich Dad Poor Dad, Robert Kiyosaki, says that bitcoin investors will get richer when the Federal Reserve, the Treasury, and Wall Street pivot and trillions of dollars are printed.

The author of Rich Dad Poor Dad, Robert Kiyosaki, has predicted that owners of bitcoin will get richer while “fake money savers” will be the biggest losers.

Rich Dad Poor Dad is a 1997 book co-authored by Kiyosaki and Sharon Lechter. It has been on the New York Times Best Seller List for over six years. More than 32 million copies of the book have been sold in over 51 languages across more than 109 countries.

Kiyosaki tweeted Thursday that people who own gold, silver, and bitcoin will get richer when the Federal Reserve, the Treasury, and Wall Street pivot and trillions of dollars are printed. “Fake money savers will be the biggest losers,” he stressed.

The famous author has warned on several occasions that the U.S. pension crisis is much worse than we thought. In 2020, he co-authored a book titled “Who Stole My Pension?” with Edward Siedle. In the book, the authors discussed “the greatest retirement crisis in the history of our nation and … the entire world.” When pension funds almost collapsed recently in England, Kiyosaki warned that a similar situation could happen in the U.S.

Kiyosaki previously explained that “the U.S. dollar became fake money” when President Richard Nixon removed it from the gold standard in 1971. “This is because rather than being tied to real money,” such as gold, “it was tied to the ‘full faith and credit’ of the United States,” the Rich Dad Poor Dad author noted. In September, he said the end of fake money is here; he expects the U.S. dollar to crash by January.

The renowned author has said repeatedly that he doesn’t trust the Federal Reserve, the Treasury, President Joe Biden, and Wall Street. In February, he warned that the Fed and the Treasury are destroying the U.S. dollar, advising people to buy bitcoin.

He recently stressed that cryptocurrency cannot be blamed for the collapse of crypto exchange FTX, emphasizing that bitcoin is not the problem . He called former FTX CEO Sam Bankman-Fried the Bernie Madoff of crypto . Earlier this month, Kiyosaki explained that he is a bitcoin investor , not a trader, and he gets excited when BTC hits a new bottom.