What are the three biggest things 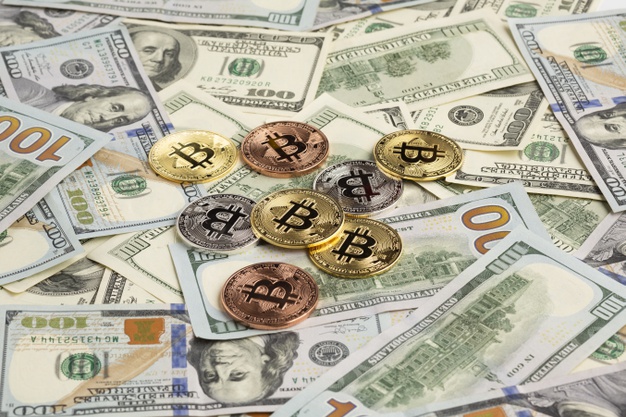 What are the three biggest things for a beginner to focus on, into

Welcome back to crowns crypto cave, and another different type of video. Today as I want to be talking about, what are the three biggest things for a beginner to focus on, into? And without further ado, let’s get right into it right over here. One of the reasons why I actually decided to do a video like this, because I get this question actually a lot.

Um, and I just want to kind of like be able to point people towards a video on, Hey, here are the big, here’s like the big meat. Of the, of the dinner or, or whatever, whatever the fuck. Um, and, uh, and this is what used to focus on anything on top of that is just like, you know, dessert. Right. Okay. All right.

And let me, let me also give you a little bit of some buying over here. Why is this even important? Well, if you can learn what I’m about to say. You could make a living doing this quite literally, but you must learn it. You must focus on it. All right, so first things first. What is the biggest thing? Focus on some higher timeframes.

If you’re new to trading, what is the easiest thing to do?

Easily skewed by just one big market buyer, one market sell, which throws everything, you know, for a little bit of a loop, kinda changing the game. Whereas, you know, compare this with this very erratic behavior in the five minute, we could even go down to the woman if you really want, um, with the daily over here, which has been relatively similar for the last 10 months, you’re basically consulting in a major descending triangle, um, all the way from, from, uh, from late January.

You do have a nice break out.

On top of that, you know, in between, you know, you can obviously see that there, there’s very obvious big breakout levels. You know, let’s say for example, we wanted to, let’s say we were looking at this, this area right here. We said, Hey, and we were just, we were, we had only seen June, by the way, just to make clear, um, that then we could say, Hey, we have a major.

Trendline right around here. That’s easy enough to be done. All right, so we know, Hey, the second they actually break this. You do have a nice break out. You do have a nice bottom information, and you probably have a nice trade to the upside, even though you know you still are within the confines of this overall descending triangle, which is why it’s a major consolidation period.

But I’m just kind of trying to show you that, Hey, you don’t need to necessarily wait 10 months for something to actually trade. No, not at all. I’m also saying that on this daily timeframe, you can make some decent directional trades, um, which you seem to get at least one or two every month, except for this current month.

But we won’t look at that. Um, anyways. Okay. So there’s number one, focus on the higher timeframes. They are easier to understand if you can trade the higher timeframes. It’s the same sort of logic will apply as you move your way down. And now it’s just, and of course this is just a suggestion to go one, you know, a couple hours lower each time.

How they can change and represent the data a little bit differently, compared to the higher time frames.

So then the next timeframe would be, you know, maybe like a, maybe like a 12 hour, maybe then a 10 hour, maybe then an eight hour, six hour, four hour, two hour, you know, that sort of thing. Um. And just understand and be aware of the way that these, some, these relatively lower timeframes interrelate and how they can change and represent the data a little bit differently, um, compared to the higher timeframes.

Now, of course, you could all straight the weekly, but ain’t nobody got time for this over here. So, fair enough. I got to take, you know, gotta be realistic. Right. Okay. What’s the next one onto the next one? Wurn three indicators and learn them fucking well. And I really mean that fucking well. What I see a lot of the time, and this is my big point, this is what I want, what I would have.

Suggest who avoid doing is, is avoid trying to be a Jack of all trades. A Jack of all traders or Jack off trader. Basically May’s mainly one of those guys who adds a million damn indicators and that in and just decides to go off of that and muddle up his chart with all these different things, which he only knows like a few things about.

And he’s like, Oh, well the ADF saying this, but the CMS saying that in the RSI is selling this and the blah, blah, blah, blah, blah. It’s like, okay, hold on. Most of those oscillators tell you the same God damn thing. So let’s just kind of dial down what your sort of specific trading style is. Find a few indicators that directly address that and then become experts at those.

You know, the Fibonacci

So for me, that would be exponential and simple moving averages. RSI and stochastics, and then obviously my crown jewel indicators, which is, you know, the Fibonacci, the RSI, and the stochastics, you know, different settings on them. Very unique in a way. If you’re, if you’re inserting more information about that, definitely check out the link below.

Maybe you just want to trade the Bolinger bands.

So again, when it comes down to it nailed down who you are as a person. Then lock in the indicators. I would suggest learning at most three, at most three. Um, and honestly, it can be done with nothing. There you go. Okay. After that, after that big thing, and number three, and perhaps even the most important, if you are going to be a successful trader, in fact, this is the one that is most necessary to be a successful trader.

When you first start, a lot of people trade, treat trading like a casino where. You’re gambling where you just say, this looks good, so I’m going to buy it, or this looks bad, so I’m going to sell it. Well, we. The question and the paradigm that I want to bring you to is thinking, okay, if I am going to enter in this trade, whether it’s buying or selling, it’s irrelevant.

Um, but if I am going to enter this trade, what is the risk that I’m going to be taken on? What will I be sacrificing if I. If this trade go again, goes against me versus what is my reward? If this trade does what I think it’s going to do? So going into a trade, I always wanted to find these things beforehand.

I do obviously have my own program, the tentacle analysis program

Risk first, reward. Now, of course, I’m not going to say specific things on this because it’s a, it’s a very, you know, personal type thing. I do obviously have my own program, the tentacle analysis program, the, uh, the trade, like a professional program, which, which links in the description of this video. But that’s.

I want to, I want to warn you, if you are in New York trader in this, that’s for much more advanced, you know, die hard. Want to do this as a living type type learning. This video is going to be focused more on, Hey, I’m a beginner. What the fuck should I just do? So, so when it comes down to it, I want you to define what is a acceptable.

Well, a professional poker player, if you said, Hey, you get, you’re just a lucky guy. That’s why you went, that’s why you won all these poker tournaments. It’s just cause you’re lucky. Sure. There’s an element of luck. Absolutely. In any sort of game with all these variables, 100% 100% but, but, but, but that person is calculating all of the risk associated with every sort of hand that they play so they can understand it and make a relation towards, to between the reward and the risk that they’re putting on.

And therefore you give them a statistical setup that produces success over time. That’s the sort of thinking that I want to get you in towards. So again, these are the three biggest things to be focused on. Again, to wrap, to wrap it up, one more time. Focus on higher timeframes is first, if you’re new, learn at most three indicators after discovering or, or really asking yourself, what kind of trader do you want to be?

Are you breakout trader?

Are you a longterm trader? Do you scalper? Are you a short term trader?  There’s so many different things. Nailed down who you are and then work with the indicators, not, not the other way round. And lastly, but perhaps most importantly, if you want to be successful, understand and learn risk versus reward, I want you to always be thinking, what will I potentially be giving up on this trade versus what could I potentially get on this trade?

All right, that’s going to do it for this one. It’s been a pleasure to speak with you and I’ll see you in a new video near you soon. Take care.